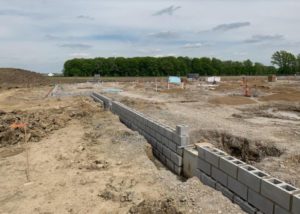 Article originally published in This Week News by Sara Sole | May 21, 2019

Dublin Board of Education members voted unanimously May 20 to approve the name, according to Doug Baker, the district’s public-information officer.

Located near the Jerome Village housing development, a historical marker for the Abraham Depp Freedom Station is nearby.

Depp was born a slave and moved to Columbus upon gaining his freedom in 1831, according to a school district news release.

Depp helped escaped slaves travel to Canada by allowing them to stay in the cellar of his Harriott Road home.

“We are thrilled to be able to recognize the accomplishments of Abraham Depp and recognize this important time in local and national history,” Dublin Superintendent Dr. Todd Hoadley said in a written statement. “The Depp name has such a rich history in the area.”

School board members selected the name from options suggested by a naming committee that also presented options for the district’s other new elementary school building — Hopewell Elementary School off Bright Road.

Abraham Depp and Hopewell are both expected to open for the 2020-21 school year. Both buildings will be built for a 720-student capacity.

Construction for both schools is a total of $47.4 million. Funding will come from the combination $195 million bond issue, a 2-mill permanent-improvements levy and a 5.9-mill operating levy voters approved in November.